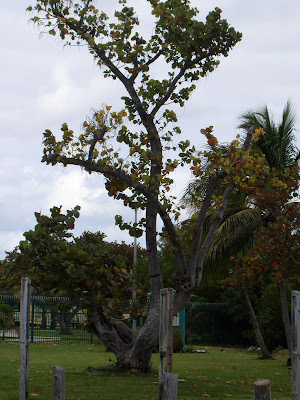 In the California Light and Space show that just closed at Zwirner, Peter Alexander's cast fiberglass wedge took me by surprise. Standing in front of it, the Pacific Ocean materialized right before my eyes: once again, I lived in LA, the light, the space of the ocean directly ahead.

The Alexander puzzles me. Its sensory capacity is overwhelming, similar to how Michael Taussig discusses anthropoligist Malinowski's perception of color in his book, Is Color Sacred? --yet, as an object, the wedge functioned similarly to a snowglobe. Once I found the illusion inside, would I be able to recover the initial moment of spontaneous perception?

As a painter in the age of sensory overload, I wonder about the emotional heat in illusion. I understand the need for distance; if imagery is proximate, readable; will it provide space for an object to be considered reflectively beyond the sensate? Even as I ask the question, I recognize its inherent Modernist foundation.

Gober's Charles Burchfield catalogue and the ancient Chinese painters' integration of spiritual, emotional and perceptual navigate the slippery terrain of temperature. As I write, waiting for pours of paint to dry on the first few panels of an epic landscape, my mind turns to my current location, Miami, and ways to express its impact in paint.

I begin to see my heritage as an American landscape painter, visionary division. Visionary sidesteps the binaries and gets to the core of immediacy.
Posted by ec at 1:00 PM