Geeking out on Robert Zakanitch all over again

Pattern and Decoration! Talking with a friend today reminded me how deeply imbedded this movement resided in personal aesthetic history, yet it's a reference I never consider. Returning to photos from the Nancy Hoffman Gallery website of Zakanitch's exhibition In the Garden of the Moon (January - March 2016), some posted on this blog before. Now of course, all is different, and it's time to look differently at these elegant and joyful works.
Gallery Link.

Later, adding this link to an excellent history on Pattern and Decoration from the blog Art and Perception 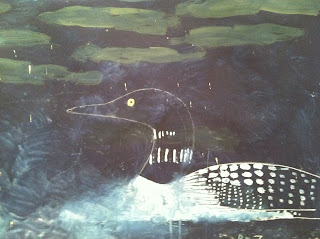 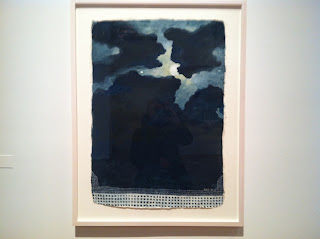 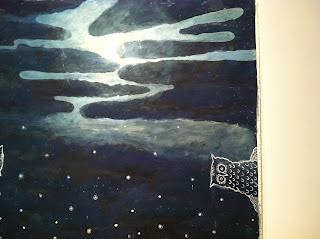 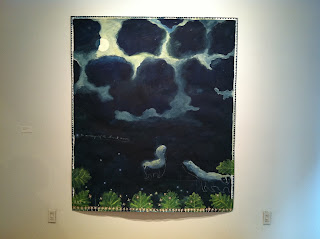 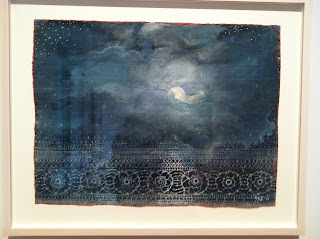 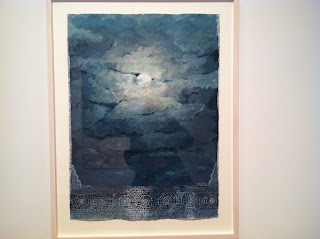 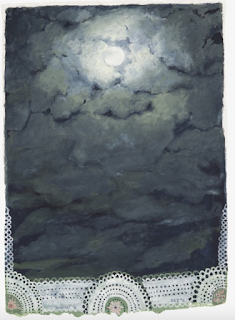 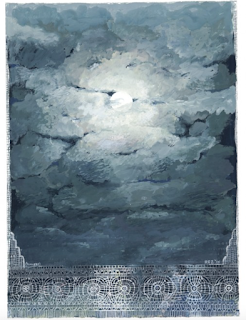 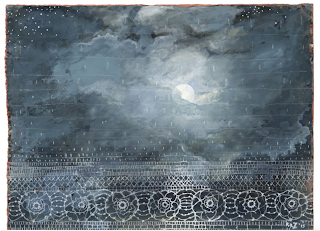 As far back as I can remember, I have been fascinated by the moon. As a child I was awed by it. It gave me that amazing sensation of seeing through the darkness. And it was not a dream—it was real, breathable, and feel-able, and in its immense silence I believed a more enchanting place of bliss could not be found. But in its elusiveness, I could never seem to hold onto it. It has that beauty that, once you have glimpsed it, you feel you may never see it again.
Then a number of years ago, on a beautiful summer night of a full moon, way out on Long Island where we had a little house, we enjoyed a delicious dinner with friends and later I wandered into the backyard. A path forged through the trees led to an arched trellis covered over with fragrant blooming Hollyhocks and Bittersweet which, just beyond, opened into a long clearing and a small vegetable garden. All were enclosed by, and immersed in the aromatic, tall, blossoming privet and masses of Russian laurel bushes, made visible by the glowing, hovering soft summer mist bejeweled with countless blinking fireflies, intermingled with the almost imperceptible smells and sounds of the ocean. I gasped… I knew then that I had been enchanted.
The reality of this celestial enchantment is the subject of this series.
Seeing Albert Pinkham Ryder’s extraordinary moon paintings, I first felt there was nothing left to paint on the subject. Looking back on my life, however, I realized the difference in our experiences—that he did not witness the deconstruction of the Arts in the 20th Century, with Formalism, Dada, Abstraction, Minimalism, and Conceptualism, and what has happened in the sciences and technologies during the hundred odd years between us—that would cause a very different approach to this subject matter and an entirely new perspective, with ornamentation and stylization at its core, painted in the different medium of ‘gouache,’ on paper in a huge scale. All of this finally cleared a little space for me in this extraordinary world of the arts and so I at last began this series, “In the Garden of the Moon”, where very soon I became completely enraptured.
This enrapture brought with it the strange urge to bring Romance in word and spirit back into painting (though not so strange, because to speak of the moon and romance in the same sentence is redundant). When I speak of romance in these works, I am speaking not only of the human attraction to the moon, but of the moon and its own celestial relationships, with their never-ending expulsion of energies, and caressing other spacial bodies with its glow, effortlessly complimenting while being propelled in this universe of a spinning, moving, whirling expanse of enormous, elegant motion. The canvas and spectrum on which this immense and intimate phenomena occurs, consist of shooting glittering stars, sparkling electricity, comets, bolts of lighting and here on the planet, the glorious unearthly light of the moon. (by Robert Zakanitch)
Posted by ec at 7:52 PM