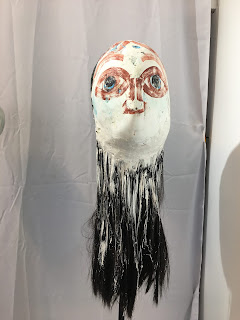 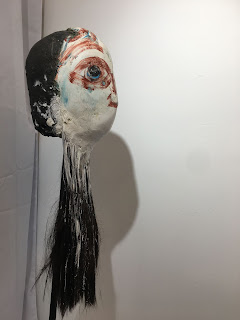 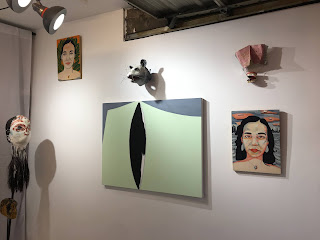 Curated by painter Kerry Law, the exhibition's visual logic focuses on direct application of the hand. A dialog emerges between works creating a landscape of the mind.  L to R: Oliver Jones, Garry Nichols portraits channeling island culture from the 1940s (he is Tasmanian-born), Karen Schifano, whose stages feature a gestural, even spinning protagonist, and Michael Ballou's urban animal trophies. 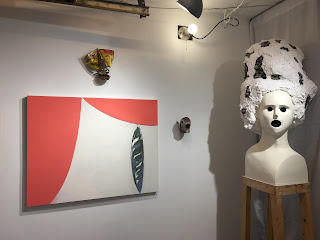 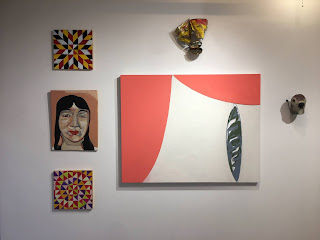 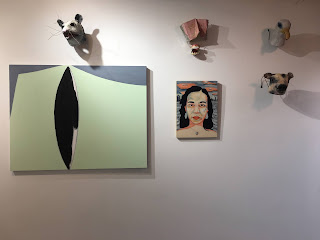 The small space opens s a vast imaginary realm between what we recognize, sense, and remember. The intimacy and improvisation of the exhibition and collection of works revives a New York where artists, rather than market, lead the discourse by transforming an alley garage into a gallery. 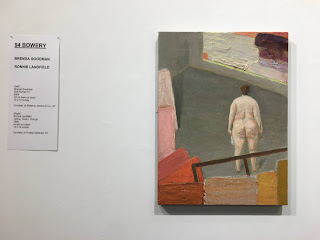 Zurcher Gallery presents Loren Munk's curatorial endeavor On the Bowery, assembling a group of luminaries who inhabited the boulevard. (Full disclosure, I shared Jake and Kristin Berthot's loft at 105 Bowery in the late 1990s. They, as well as I, had moved upstate so the loft was my crash pad for teaching classes such as Painting & Drawing New York On-Site  for New School's Visual Arts Department. The loft was Jake's home for many, many years; when he married Kristin and moved to Accord, NY he continued to teach at SVA). 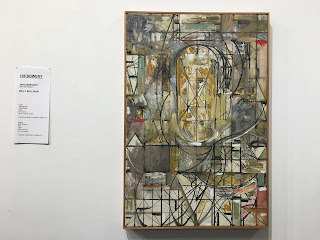 Jake Berthot. So good to see his painting again, a perfect marriage between the grid system he used for his drawings and the lozenge image of the 1980s for which he is known. 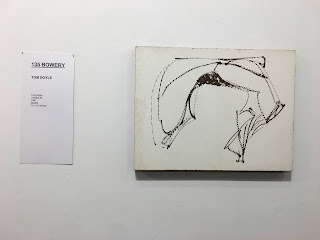 Tom Doyle drawing. I'd missed this exhibition, which just closed at the gallery, and seeing this drawing am sorry I did miss it. It accompanies two photos of a young Eva Hesse, his bride at the time. 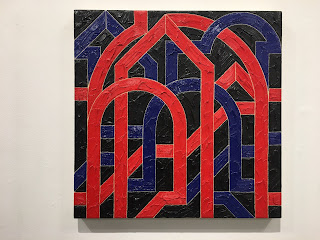 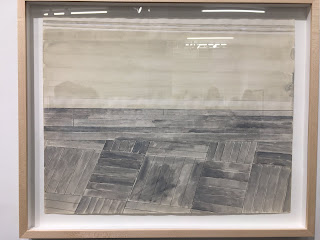 Sylvia Plimack Mangold, a retrospective riposte to the trees she paints now.
It's amazing how artists carry their primary themes throughout time. 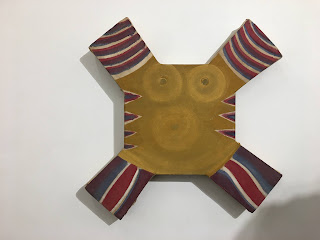 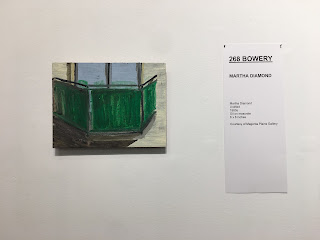 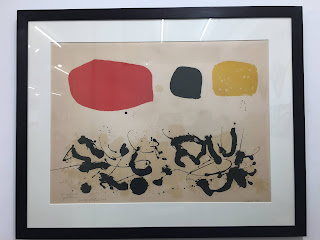 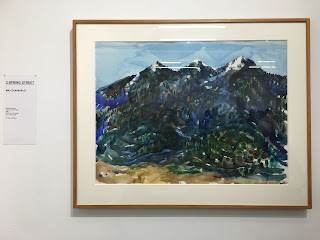 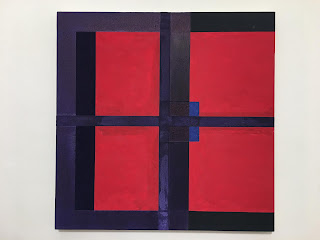 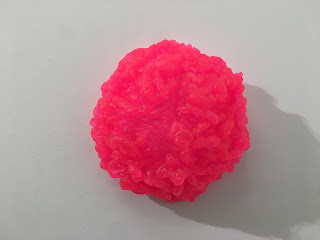 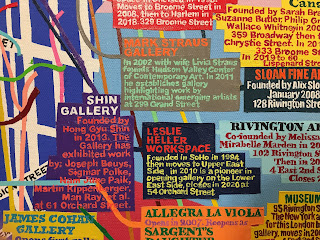 Loren Munk. He writes in his curatorial statement, "About fifteen years ago, following the recommendations of Walter Robinson, I picked up a copy of “The Field of Cultural Production” by Pierre Bourdieu.  Bourdieu, through his extensively documented research, confirmed many of my intuitive notions regarding art as a social practice, the accumulation of “cultural capital”, and the importance of the structure of our creative community." 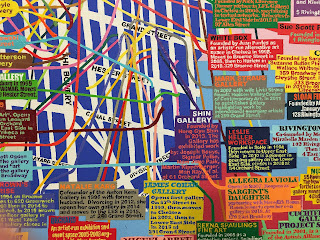 "The Bowery/Lower East Side neighborhood is a unique stretch of Manhattan real estate with a cast of extraordinary characters, and a turbulent cycle of ebbs and flows.  ON THE BOWERY is conceived as an investigation into the chronological, and geographic nature of art’s production and evolution within this milieu." 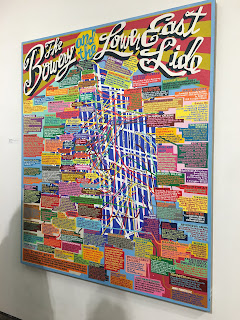 "The period of interest focused on in this exhibition (roughly the mid 1960’ to 2020), provides an outstanding opportunity to study how shifts in living/working space, economic ups and downs, and gentrification effect generations of artistic aesthetics and production.  Furthermore, I believe the current crisis of the Covid-19 pandemic has exposed the fragile nature of these relationships and encourages a deeper awareness of how important maintaining our cultural connections and legacies are." 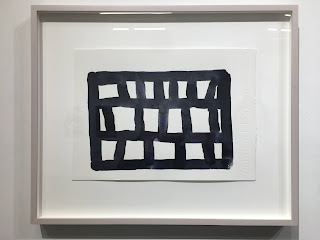