Bill Jensen in Stillness / Flowing at Cheim and Reid 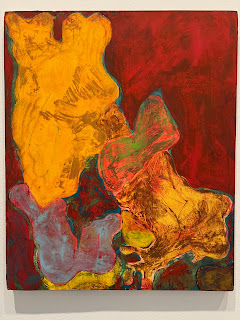 Bill Jensen works from 2017-2021 at Cheim and Reid in Still / Flowing. The press release (excerpted below) claims Jensen has taken every avenue of applying paint, from hand-made tools and hand-mixed pigments, over years of honing technique. It also mentions his study of eastern spiritual traditions. My own definitive memory of Jensen is 2009, at an opening on the Upper East Side, standing atop a stairway I was ascending, looking me in the eye repeating the words, "Red Pine." 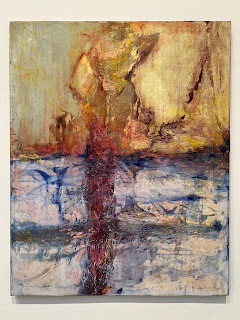 What? Who? Taking him at his word I found Red Pine's translations of Hanshan/Cold Mountain, the 9th century monk/poet, which I took with me to China. Drinking Oolong tea while reading the poems in my Beijing studio I thanked Bill silently every day for the gift of the translations, which enfolded nature into every carefully chosen word, compressing time within the starkest phrasing. 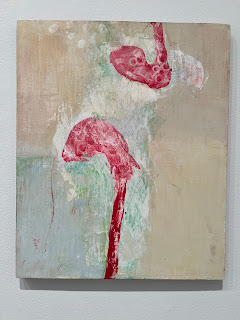 Jensen's show functions similarly to such poems: thought pictures passing through material and out again, coalescing and dissolving form. 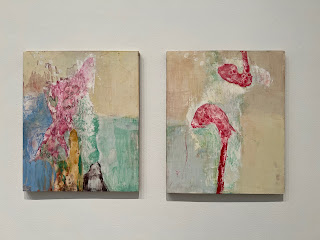 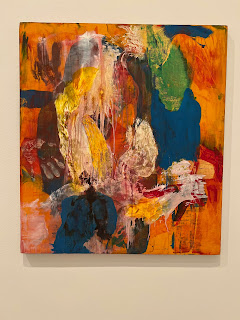 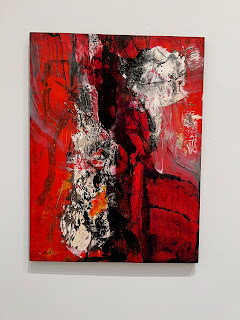 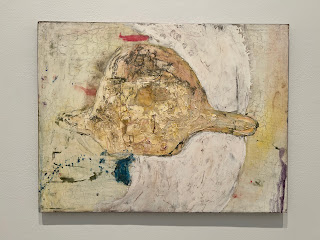 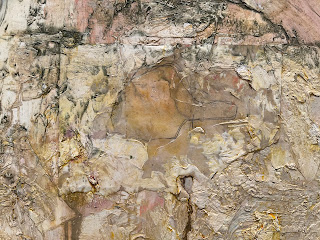 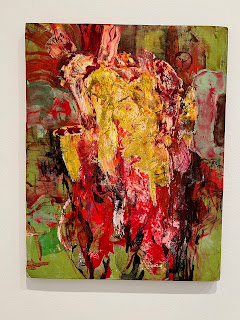 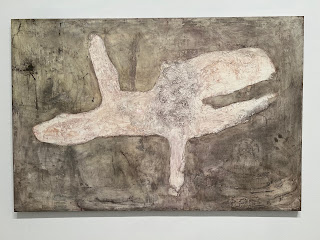 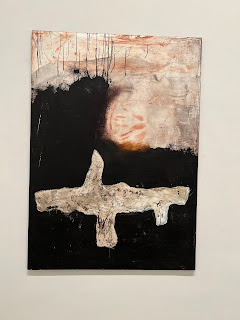 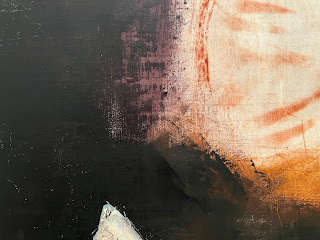 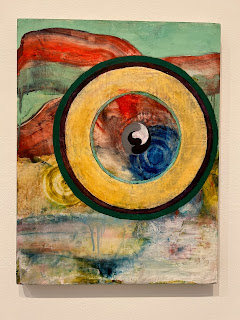 "These paintings feature a motif that recurs across a number of images, a double yin-yang invented by Jensen. The shape also serves as the basis of a separate series, Wheel Rim Compass, reflecting his lifelong study of Eastern religions, philosophy, and poetry. The form itself is rooted in a canvas he painted in 1977, Redon, which he and his wife, the artist Margrit Lewczuk, re-acquired in 2019. 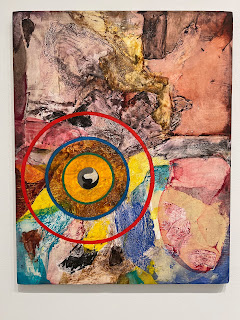 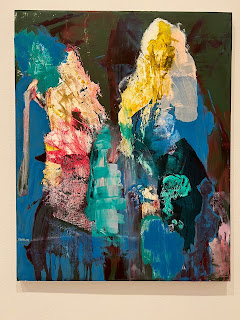 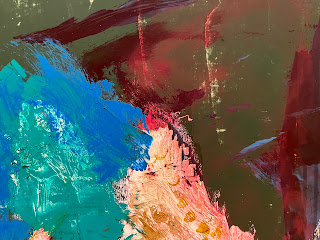 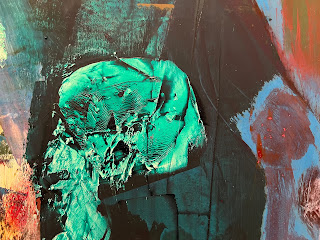 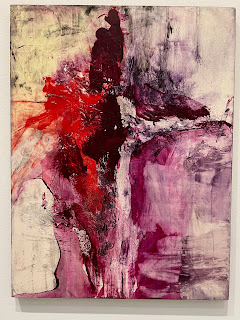 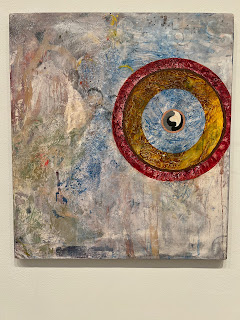 David Hinton, the acclaimed Chinese scholar/translator who wrote on Jensen's work in his second Cheim and Reid exhibition (2010), published China Root in 2020, a book that traces Ch'an Buddhism beyond recent Japanese interpretation to ancient passage through Taoist China, where its earthy filter grounded Buddhist philosophy in contrariness and immediacy, rising and falling like breath or thoughts. 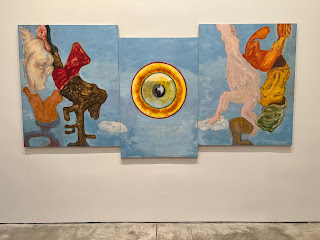 Jensen's triptych, placed across from the gallery entrance, recalls how Hinton might perceive the question, "What happens if we dismantle all of our human conceptual constructions, all of the explanations and assumptions that structure consciousness and orient us and define us as centers of identity? To do that not in the abstract, but at the level of immediate experience. What would that leave us? What might we discover about ourselves at levels deeper than the contingent histories and thoughts that define us as identity-centers? And what would it mean about the textures of everyday experience?"
The triptych, flanking eternity with symbolic figures that fall through air, simultaneously de-materializing and materializing, reminding us of Michelangelo's Last Judgment, then not, formulates a response.
Posted by ec at 1:29 PM